You are here: Home / Kitchen Studio / Recipes / Appetizers / All about Artichokes 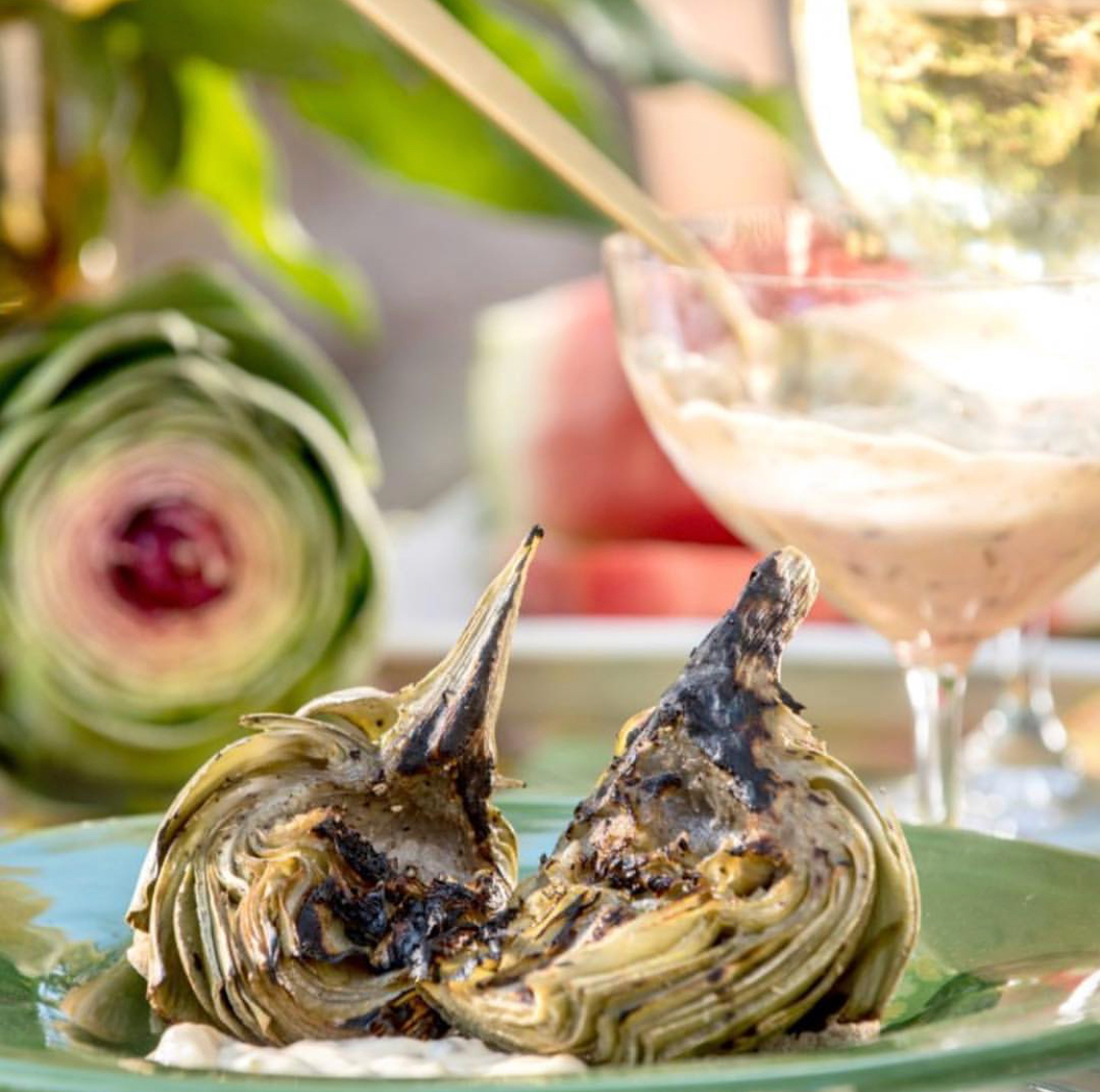 The cultured globe artichokes that we find in the grocery store now are descendants of the cardoon, a member of the thistle family. The many versions of the origin and history of the artichoke are conflicting, but it’s safe to say they came from the Mediterranean region. This green vegetable packs an impressive nutritional wallop. It has been used for centuries as a digestive aid; has been shown to increase bile production in the liver which aids the body’s natural detoxifying process; it’s great for cardiovascular health and loaded with antioxidants and fiber. If this doesn’t impress you then perhaps it’s reputation for being a potent aphrodisiac will. At least that is what the courtesans of the 16th century believed!!!

Preparing artichokes can be somewhat of a challenge for the faint of heart, but it’s really quite easy once you get the hang of it. There are plenty of tutorials on utube to walk you through the process. Keep in mind that it is important to keep a large bowl of acidulated water next to your prep area so that you can put your cleaned and sliced artichokes into it. Much like potatoes or apples they oxidize once exposed to air. Artichoke season typically runs from March to May and when you see them in the market it’s a sure sign that spring is in the air! Personally, I like to use them in my spring tablescapes and floral arrangements.

Whole steamed artichokes became popular in the 1950’s and 1960’s served with a butter or Hollandaise dipping sauce where you pulled the leaves off and dragged them trough your teeth to remove the heart at the base of the leaf. Today they play a more versatile role in the American kitchen. They work well in pasta, chicken and fish dishes and perfect for a salad. Many popular restaurants serve them grilled as an appetizer with a dipping sauce and that is just what we have recreated for you here. 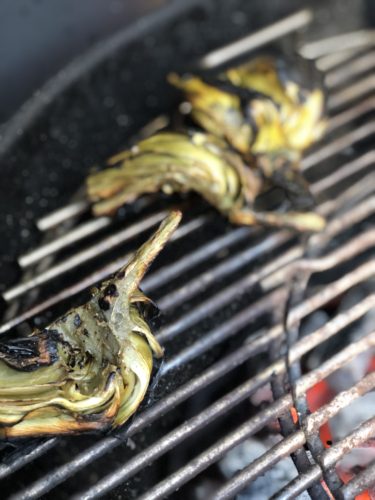 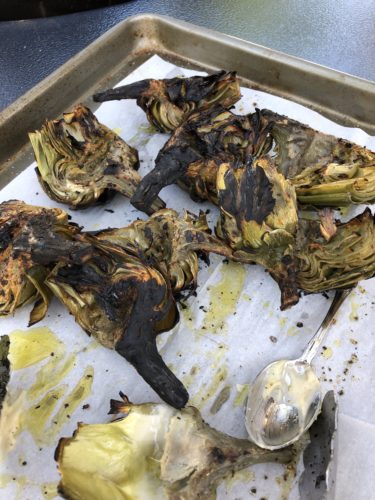 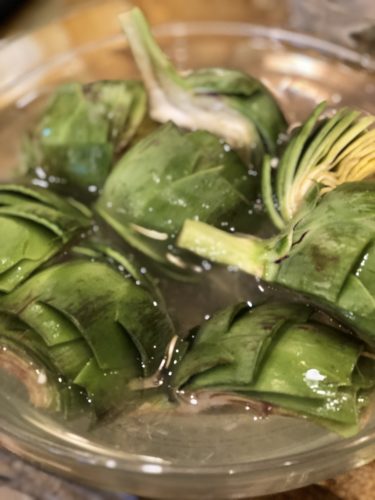 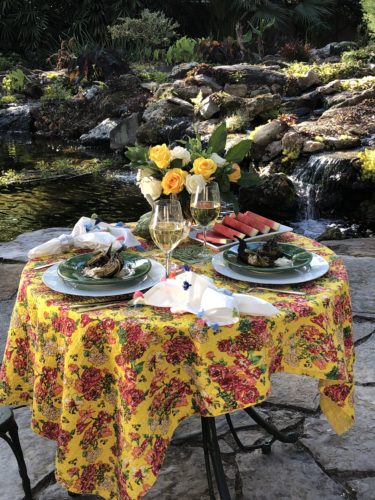